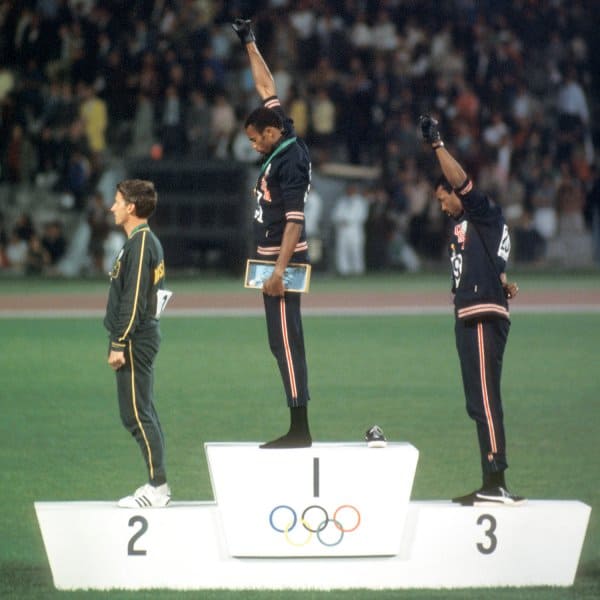 On this day 52 years ago at the 1968 Summer Olympics in Mexico Tommie Smith and John Carlos raised their fist in a silent protest against racism, injustice and inequality. “We had to be seen because we couldn’t be heard“, said Smith. The consequences were severe – Smith and Carlos were suspended by the U.S. team, and kicked out of the Olympic Village from the IOC. They sacrificed their careers while the IOC accepted the Nazi salute during the Olympics in Berlin. Their brave action allowed other athletes to use their plattform against racism and inequality. Thank you Tommie Smith and Dr. John Carlos!
#silentprotest

This website uses cookies to improve your experience while you navigate through the website. Out of these, the cookies that are categorized as necessary are stored on your browser as they are essential for the working of basic functionalities of the website. We also use third-party cookies that help us analyze and understand how you use this website. These cookies will be stored in your browser only with your consent. You also have the option to opt-out of these cookies. But opting out of some of these cookies may affect your browsing experience.
Notwendige immer aktiv